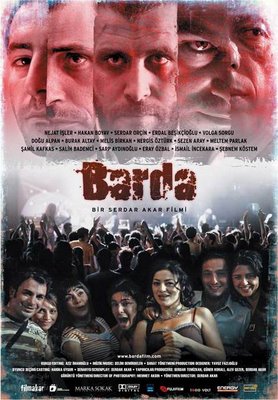 At the Bar (Turkish: Barda) is a 2007 Turkish horror film, written and directed by Serdar Akar based on a real life event that happened in Ankara, Turkey in 1997, featuring Nejat İşler as the head of a gang which brutalises, murders and rapes a group of young friends. The film, which went on general release across the country on February 2, 2007, was shown in competition at the 26th Istanbul International Film Festival and marketed as the most violent Turkish film ever made.